Should we Business Startup in Recession 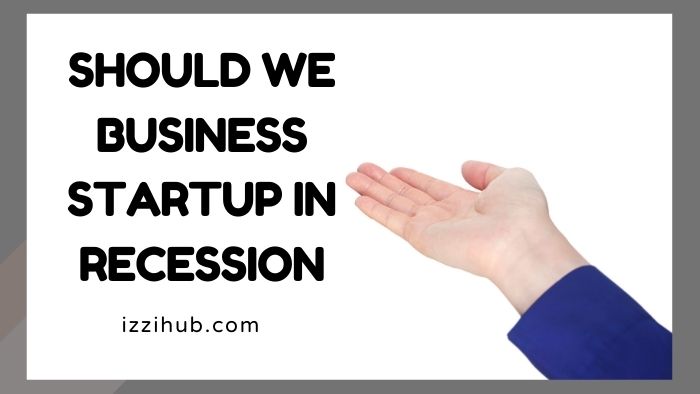 Opening a new business, even when the economy is ‘booming’ already has many challenges, but to start a business in a recession can seem outright crazy since it is usually more difficult to attain success this way.

While getting your small business up and running during the ‘bad years’ might seem like a bad idea, there are still benefits to this situation and ways you can make it work for you.

But, first, my story in short:

Back in 2008 the economy was clearly booming in my country as well. We had a lot of work opportunities, we got loans for various items we wanted to purchase (some colleagues of mine got mortgages, some – self included – got car loans etc.), the future seemed very bright.

Should We Start Business in Recession?

Sure, there were some ‘crazy‘ people warning us about a huge recession coming our way, but who had the time and willingness to listen for this, when reality looked golden?

And then it hit us.

After a year and a bit since getting my car loan I was jobless. Let me rephrase: WE were jobless.

The entire team in our radio studio lost their jobs and the reality in the business was bleak. The biggest salary we’d secure was way smaller than our last one, so small it couldn’t pay our debt.

My web design business had been sitting on the back-burner for years, but it was now the time to make it or .. well, make it, no other option presented itself, one that would allow me to keep my car, business and survive each month.

Getting my small home based business up and running was very difficult. You can read my entire story here, fortunately it’s a happy-ending one.

This got me thinking about how difficult it is to create a successful business during recession years and prompted me to try list few pros and cons for doing this:

Top reasons not to start a business in the recession

People don’t have money to buy your stuff

I am a web designer, so, for many people (except for businesses), getting a professionally designed web site is a luxury. Sure, someone who earns a good wage will invest in his own web site, but, during the recession, people have to target their money to the more important stuff: say groceries, bills, medical insurance.

Your potential clients’ money issues mean small prices for business or nothing if they really cannot afford your products/services at all.

During 2009 my web design rates were so small, I could barely pay my bills on time. I did have to work for about 14 hours/day to keep myself ‘afloat’.

While my rates are still VERY affordable, today I can earn a living and also work fewer hours a day, getting the chance to spend more time with my daughter.

So, if you plan on opening a business during a recession, consider this problem: your potential clients are struggling with money, so you’ll probably sell less and/or at smaller prices than during the years with a good economy.

Bigger taxes in some countries

When Romania was hit by the recession, our ‘amazing‘ Government thought about getting more money from all the ‘ailing‘ businesses by increasing the taxes.

One, in particular, killed tens of thousands of small businesses: you’d pay a fixed tax even if you earned little or no money on your business. If I am correct, the tax was about 500 Euro paid annually. You’d think it’s nothing, but wages here are usually about 300 Euro and many small companies were barely making it: the owners earned enough to put bread on the table and pay the regular taxes.

Let’s not forget that taxation in Romania is already huge (we pay a lot of health/income/pension taxes already, both as companies and employees). Said tax came ON TOP of everything else.

As you can imagine, a lot of the small businesses were closed down, even if it meant paying about 1000 Euro to do this, since the owners had no chance to still make it and pay the new tax.

In many countries, during the recession, the Governments ­will think of new taxes for the businesses that are still active, so that they can still collect as much money as possible. So, it’s possible to pay bigger / more taxes in a recession, which will make starting your own business even more challenging.

Cashflow problems can destroy your business

I know many small businesses owners that closed down ‘shop’ since their clients missed payments and their cashflow was a mess. Bills, taxes, wages have to be paid and you need to have the money to do this.

If you have 1-2 bad paying clients, you can still make it as a business, but, during the recession, there can be many clients who cannot pay on time. And this can cause your business to tank unless you create some strong payment terms and are making sure invoices are getting paid.

It’s almost impossible to get a good financing deal

Business loans (just like any other types of loans) have drastic conditions during the recession. I recall the year 2008 in our country when almost anyone would ‘qualify’ for a loan.

Fast-forward one year after and the conditions were so strict, that we used to joke: ‘hey if I can qualify, I’d have so much money I’d not need the loan’.

In conclusion: if you are after getting some financing for your small business, prepare for some very difficult terms.

I HAD to start my business in 2009, there was nothing else I could do.

Even if it was my only chance to pay off my debt, cover my taxes and earn enough to live, my morale was low. Many web design studios in my city were closing down and we were talking some pretty big players. And I was opening a small web design business. Yeah, sure.

Seeing so many businesses going bankrupt during downturn won’t lift your spirits too much, but, even when others are failing, there is still room for success.

Top reasons you should start a business in a recession

Incredibly as it might seem, starting your own business in such difficult times is also a good idea. Here are few advantages:

Your small overhead is an advantage, during the recession

Some of my bigger competition closed shops because they were already too big. Huge overhead and slow paying customers –  the recipe for disaster. I was working from home, so my costs were minimal.

I was also working alone, so, even if I was making little money, compared to what these companies used to earn, my income was still enough for me to stay afloat and slowly develop.

Just as you are probably forced to drop prices to get customers, other companies go through the same process. This means it’s easier to get some excellent prices for what your business needs. Not to mention that, as other businesses are closing down, there are also some great deals for pre-owned furniture or appliances (if you are not interested in only buying new).

You can get good staff at lower wages

OK, this is not ‘cool‘ to say, but recession usually means there are many excellent potential employees with reasonable money expectations. During the ‘boom’ years, companies had to fight to hire staff and this meant having to sometimes pay a lot of money to inexperienced employees, just because there were too few to choose from in the first place.

A tight budget will keep you from overspending

When businessmen are optimistic, they tend to overspend. If you are starting your business during the recession, chances are you’ll be pretty careful with each and every penny you spend. Keeping your overhead small is a great idea anyway.

Businesses exiting the market means more opportunities for you

While knowing that similar businesses are not making it is sad, this also presents a great opportunity for you to fill in the clients’ demand. When I started out, other similar businesses were closing down, but their clients still needed web design and internet marketing services. And there I was to make it happen for them.

You can learn from your competitors’ mistakes

During the downturn, many businesses face hard times and this is a great lesson for new businessmen. Back in 2009, I understood that the biggest mistake I could do back then would be to spend too much money, even after a promising start. Even now, after 6 years, I still keep my overhead to a minimum. This way, even few slower months won’t bankrupt my small business.

What other pros and cons can you find for starting a business during a recession? What’s your own story?

An Ultimate Guide to Hire Flutter App Developers in 2022

How to Sell Diamond Jewelry