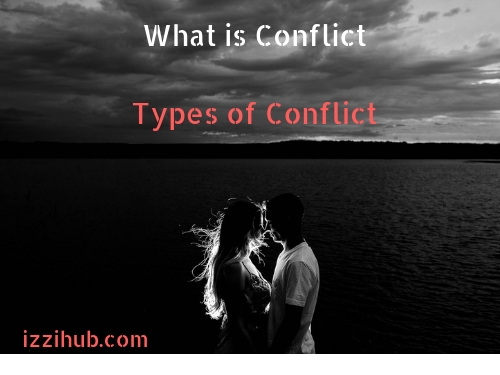 Conflict exists when both people have different or opposite options at a particular point. There are four types of Conflict. Itself conflict is not as bad as its name sounds. It can be used in a positive sense, depend on the handling matter. It may be a person to person or group to group and person to the group. It relate to the state of mind, everyone has its own thinking styles. It depends on the approaches of people like Positive, negative, long term, short term, focusing on several elements or only a particular one. Every one may conflict with others, but the issues arise when imposing their own decision on others. In every type of businesses, there is a conflict of interest.

What are the Types of Conflict?

In this article, we will discuss the following point

“Peace is not the absence of conflict; it is the ability to handle conflict by peaceful means. Ronal Reagan”

There are mainly four types of conflict that face by

In every organization, there should be counselling for employees to avoid any dispute you may hire a life coach for dealing such type of conflicts

The conflict has two types of role, it can be used in a constructive manner or in a destructive. For achieving the effective target different types of opinion and approaches need to be discussed, and adopt the one which will be suitable. In the Constructive approach, there is the elasticity of accepting others thoughts and points.

On the other hand in the Destructive approach, there is selfishness, only to impose own willing approaches, Here no logic is accepted. The result is conflict itself is not a negative thing; it’s up to the user how he/they treat it. By defining the Nature of conflict Organization can decrease Business Ethical Issues in Management.

Being human, everyone has its own interest, feeling, opinion and thoughts. It varies from person to person, so disagreement comes into presence when both are focusing opposite things. This may be due to understanding or due to a communication gap, or due to non-supporting and negative approach. This may be, in the organization due to completion race and in a relation to show more rights. Here person awareness and positive approach works, the more one have fewer chances of destructive conflict.

How to resolve and fix the conflict: Disagreement is always in between of those personalities, who know each other or have a relationship, this is not with a stranger. All relations are based on respect and trust. Life and connectivity time period is short. We should agree first on this point, the second thing is we creatures at every stage of life. Every place (In family, job, business or learning centres) has some values and standards of living.

By adopting them we can minimize the chances of a conflict. If its occur then need to be the focus on the relationship, by respecting and giving value to it, step down with sacrifices own interest is the best policy. Get involved with a partner, give the opinion logically, and later try to convince them by defining the problem actually is. In serious situation try to approach seniors, or get counselling centres facilities.

In Short, conflict is not a bad thing itself; it’s up to us how we handle it. “Difficulties are meant to rouse, not discourage. The human spirits are to grow strong by conflict. William Ellery Channing.”